The curve runneris a non-motorized treadmill designed to help you master skill of running.

But it’s built with high intensity mind. Unlike traditional treadmill, the belt of curve runner is powered by the user, not electricity.        So there’s no limit to the speed you can hit , there’s no set limit , you are not governed by a machine.

The faster you run, the more energy you output, the faster you’ll go, which perfect mimics running outdoors. With the same market leading build quality components, you’d expect to find in most commercial treadmills. This is really is the best option for a commercial or home environment, The subtle curve of the belt means your stride hits the belt and pulls its away as opposed to the traditional machine electrically. Powered treadmill where its running at a constant tempo. It’s pull your legs away as you step this much better mimics running outside. If you’re learning to run on a motorized now, and then running outside.

You may find that that there’s some difference in mechanics, that may be quite not able with the curve runner.

You are not going to encounter that this makes the curve run  much better option , for indoor training, if you want that to translate to outdoor running, such as a marathon.

Another advantage of the curve runner, are not being electricity. Powered and only really having their monitor, which is battery.

Powered is that you don’t need access to an electrical outlet, which means you can manourer this around to wherever you want to train.

You can pick it away and store it, you don’t need to have that play access or be dictated to buy you electrical access as to where you can keep it in your home or commercial gym environment on the outer of running a curve running around. Obviously,  is a big piece of kit, but with this integrated handle and the heavy duty. Wheels it’s pretty easy to pick it up , it around position ,it wherever you want it. You can move it from workout to workout. Put is away from storage if you are working with sightly smaller. Space or a class environment, where potentially you want to space out. A little bit more once you found your position, and located the curve runner, the rubber feet located at the back, located down onto the floor stabilizing the curve it to stop it, rocking and wobble in as you’re running on it. Being powered, by the user, the belt responds, naturally to any change, in pace, so if you don’t intervals or anything like that or even if you just get tired or want to pick up the pace. You’re not relying on the been, a belt getting up to speed or coming back down or speed.

It will just speed up or slow down, according to your own natural pace. This is excellent for install work where you just want.

You want to be able to quickly jump, onto the curve runner, hit a max effort and then jump, straight back of with traditional non-mechanically powered treadmill. 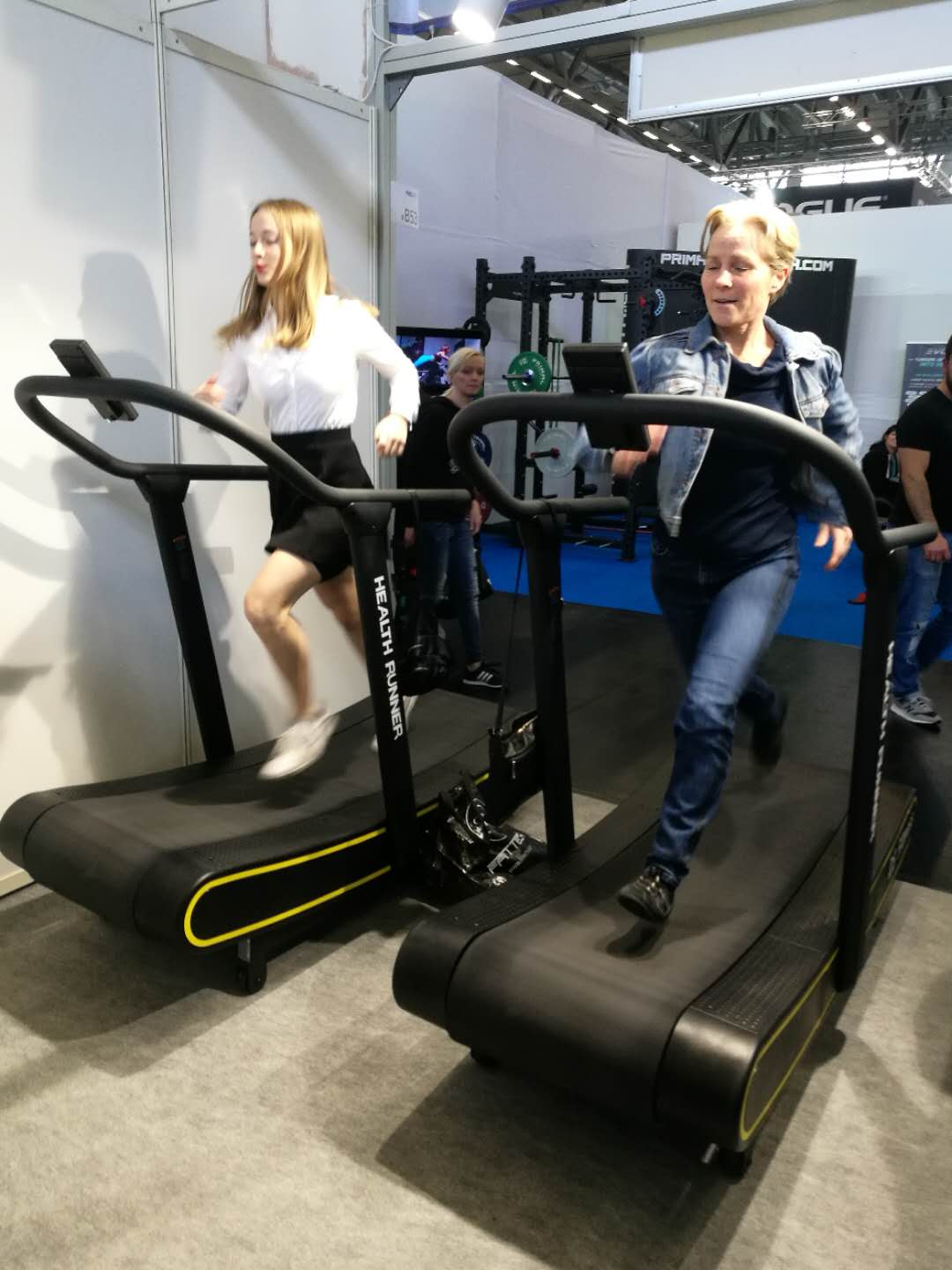 You are going to be waiting for the belt to get up to speed and subsequently waiting for it to slow back down again.

Despite the fact, The curve runner is the self powered, no features ave been, spared on the console, you've got every single features. You’d expect to find on a commercial grade, powered treadmill, training your pace your speed, your distance, and it’s wireless enabling you to hook up your rate monitor.

The constant console is also fully programmable meaning you can put in target time, target distance, target pace, which will still give you a target to hit despite the fact. The curve runner is self-driven, the console uses universal measurements, such as calories watts, and columns per hour, which means you can pretty easily, perform workouts so you might find online or have prescribed you by coach, it’s also easy for you to compare that date to other people, see in the same machinery.

Get Touch With Us